Did you know that, since the 1930's, all expecting parents in Finland receive a free cardboard baby box intended to serve as a safe sleeping environment for their newborn and it is paid for by Finland's social security program? So, what is a baby box and why should you care? 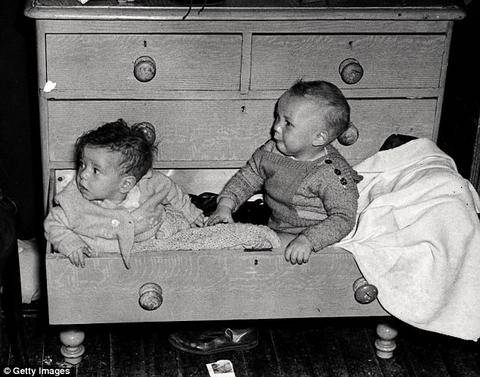 Many in the United States often reminisce about the interesting places they slept when they were children. Some even recall having slept in a drawer or a box. There are still countries across the world that continue variations of such practices and the data supports that some of these traditions are a huge success -- in terms of being safe and affordable. New generations of parents are taking notice.

In 1938, Finland's social security system, known as Kela, started a "maternity package" program. The program provided a safe sleeping environment in the form of a cardboard baby box sleeper and some basic necessities. Originally, the program was intended to serve parents with a low income and contained some basic items such as blankets, sheets, diapers, and fabric used to make children's clothing. In 1949, the program was expanded to include all mothers-to-be. In order to earn a "maternity package", expecting mothers needed to visit a doctor or municipal pre-natal clinic prior to their fourth month of pregnancy. The program resulted in increased prenatal care for pregnant women and decreased infant mortality. The program is now considered part of the culture of Finland.

INFANT MORTALITY IN THE US 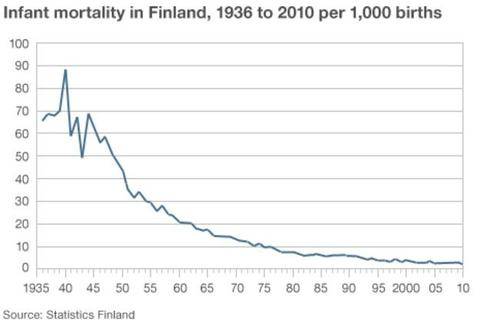 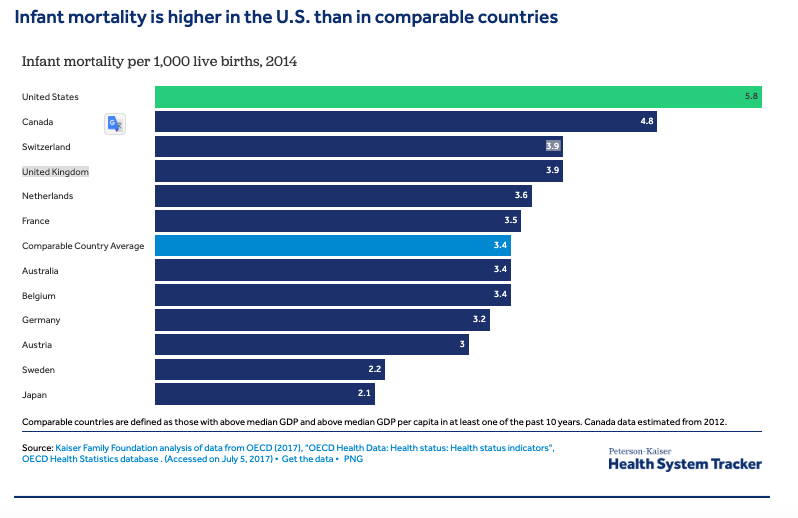 Texas A&M released a study in October of 2016 entitled: Why American infant mortality rates are so high? Some conclusions are outlined below:

The United States has a relatively high infant mortality rate compared with other developed countries: More than 23,000 American infants died in 2014, or about 6 for every 1,000 live births, putting us on par with countries like Serbia and Malaysia. Most other developed countries -- as geographically diverse as Japan, Finland, Australia and Israel -- have lower rates, closer to 2 or 3 deaths out of every 1,000.

One reason why the US has such high numbers is because "infant mortality" is defined as the death of babies under the age of one year, but some of the differences between countries can be explained by a difference in how we count. Is a baby born weighing less than a pound and after only 21 weeks' gestation actually "born?" In some countries, the answer is no, and those births would be counted as stillbirths. In the United States, on the other hand, despite these premature babies' relatively low odds of survival, they would be considered born -- thus counting toward the country's infant mortality rates.

Generally, especially compared to the worldwide statistics, American babies have good survival rates in their first few weeks of life. It is only after they reach one month of age that differences between the United States and other developed countries start to widen.

Perhaps not surprisingly, babies born to wealthier and better educated parents in the United States tended to fare about as well as infants born in European countries. On the other hand, those babies born to mothers in the United States without these advantages were more likely to die than any other group, even similarly disadvantaged populations in the other countries.

This might be due in large part to the prevalence of unintentional injuries and sudden infant death syndrome (SIDS) among American babies. Many parents are still not following sleep recommendations to prevent SIDS. More than 20 percent of babies in the United States are still not being put on their backs -- the safest position -- to sleep.

A Temple University study in 2017 found that giving new moms face-to-face education about safe sleep practices — and providing them with a cardboard "baby box" where their newborns can sleep right when they get home — reduces the incidence of bed sharing, a significant risk factor for SIDS and help reduce other risky sleep habits. Their program reduced the rate of bed sharing by 25 percent in the first eight days of life; among exclusively breastfed babies, who are at higher risk of bed sharing, the study found a reduction of 50 percent.

Continue reading and find more information on our Frequently Asked Questions page or our About page.